Must Do Rides at Disney World 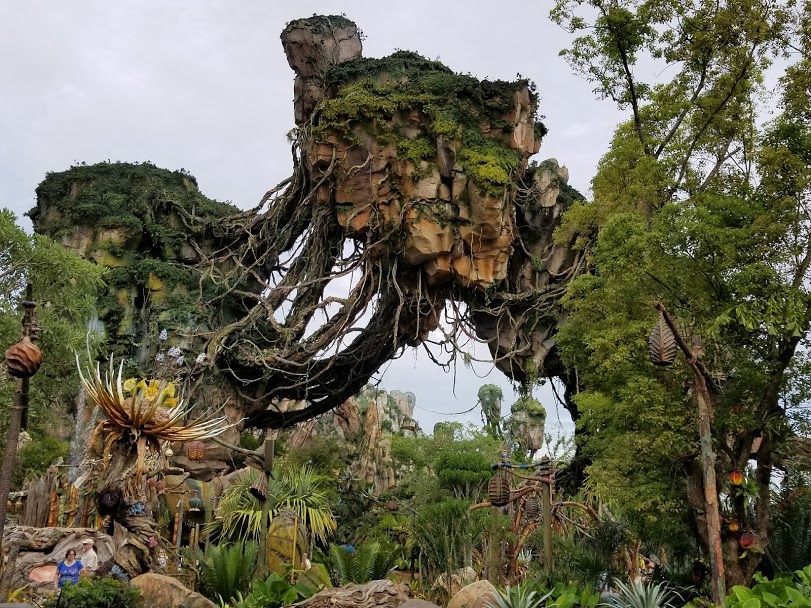 If you read our post about Avatar – Flight of Passage, you already know that it is our favorite ride out of all four Walt Disney World parks, so you can go ahead and assume that it will top the list at Disney’s Animal Kingdom. While that is true since I have already given that away, I will go ahead and list an honorable mention when I get to Disney’s Animal Kingdom.  Being that we are getting a handful of new rides in 2019, there is a chance that this list might change next year.  That said, here is our official list of favorite rides in each of the Disney World parks.

The Magic Kingdom is a park that can be hard to rate as my favorite ride for so many reasons.  When I first started writing this, I used scratch paper to try and narrow down the list as my original list included five rides.  Of the five, I like each of them for different reasons.

First off, I really enjoy PeopleMover.  Call me crazy, but I love it!  Also, the newest addition to the Magic Kingdom is the Seven Dwarfs Mine Train which is a great ride that everyone in my family was able to enjoy, including my three-year-old.  That said, knowing that the next time we go, my youngest daughter will be tall enough for each of the mountains, they must be considered.  If you are looking for a bang for your buck, the winner is Splash Mountain.  If you consider the fact that the ride offers you just under 12 minutes of entertainment with a top speed of 45 miles per hour and a 50-foot drop, Splash Mountain just can’t be beaten!

My Favorite Ride at Epcot

For me, Epcot is much easier to rank.  While I really enjoy being able to take the whole family on Frozen Ever After, it just doesn’t do it for me.  Don’t get me wrong, it is fun, and it can be a great break from the heat outside, I think that the total experience is just okay.  Another ride that is a lot of fun is Test Track.  I like the fact that you get to create your car and then test it on the test track.  I also enjoy it when the car bursts through the door and hits the track at full speed, but again, there is just something missing for me.  If you are looking for a ride that is both memorable, exhilarating, and will appeal to every one of your senses, then the clear winner at Epcot must be Soarin’ Around the World.  On my first trip to Disney World, I did not ride this ride as there was a wait, and I had no idea what the ride was (the name didn’t sound appealing to me).  Ever since then, I have made sure that it is something that I do at least once if not more.

My Favorite Ride at Hollywood Studios

The addition of Toy Story land gave us a couple of new rides that are both children friendly and still fun.  While we had to arrive at the park an hour before opening, we were able to walk right on Slinky Dog, and because everyone behind us was still in line, we were also able to get onto Alien Swirling Saucers quickly as well.  If you are a morning family, I would strongly suggest you do this!  As I mentioned, Hollywood Studios is adding a few more rides throughout 2019 including Mickey and Minnie’s Runaway Railway, Millennium Falcon: Smuggler’s Run, and Star Wars: Rise of the Resistance.  Once these are all on board, my favorite might change, but as of today, my favorite ride at Hollywood Studios is still the classic Twilight Zone Tower of Terror.  This has been my favorite ride here since my first visit back in 1997, and I always look forward to getting on it again!

Like I mentioned earlier, I love Avatar – Flight of Passage.  I have never experienced the physical and emotional thrill that I feel when I ride this ride.  So, setting that aside since it is a complete given, we need to look around at the other options available.  I really enjoy Kilimanjaro Safaris as well as Kali River Rapids (even though I feel this ride could have been much better if they added about two to three minutes to it).  The first time I visited Disney’s Animal Kingdom, I thought that Dinosaur was the greatest thing ever.  It was so much fun and since there were no lines, we rode it like five times in a row!  Then, we made our way to the back of the park where I came across Expedition Everest – Legend of the Forbidden Mountain.  After giving it a try, this became my favorite ride in Disney’s Animal Kingdom.  For many years (until Pandora arrived), Expedition Everest was my favorite ride.  That said, I will give my Honorable Mention trophy to Expedition Everest – Legend of the Forbidden Mountain.

In Conclusion – Must Do Rides at Disney World!

Well, there you have it!  These are my favorite and must-ride rides for each of the parks at Walt Disney World.  What are your thoughts?  Did I forget anything?  Do you dare challenge my trophy winners?  Please feel free to leave your thoughts in the comments below.  As always, please be sure and like our work and share it with all of your Disney Fanatic friends.