Family Vacation to the Disneyland Resort 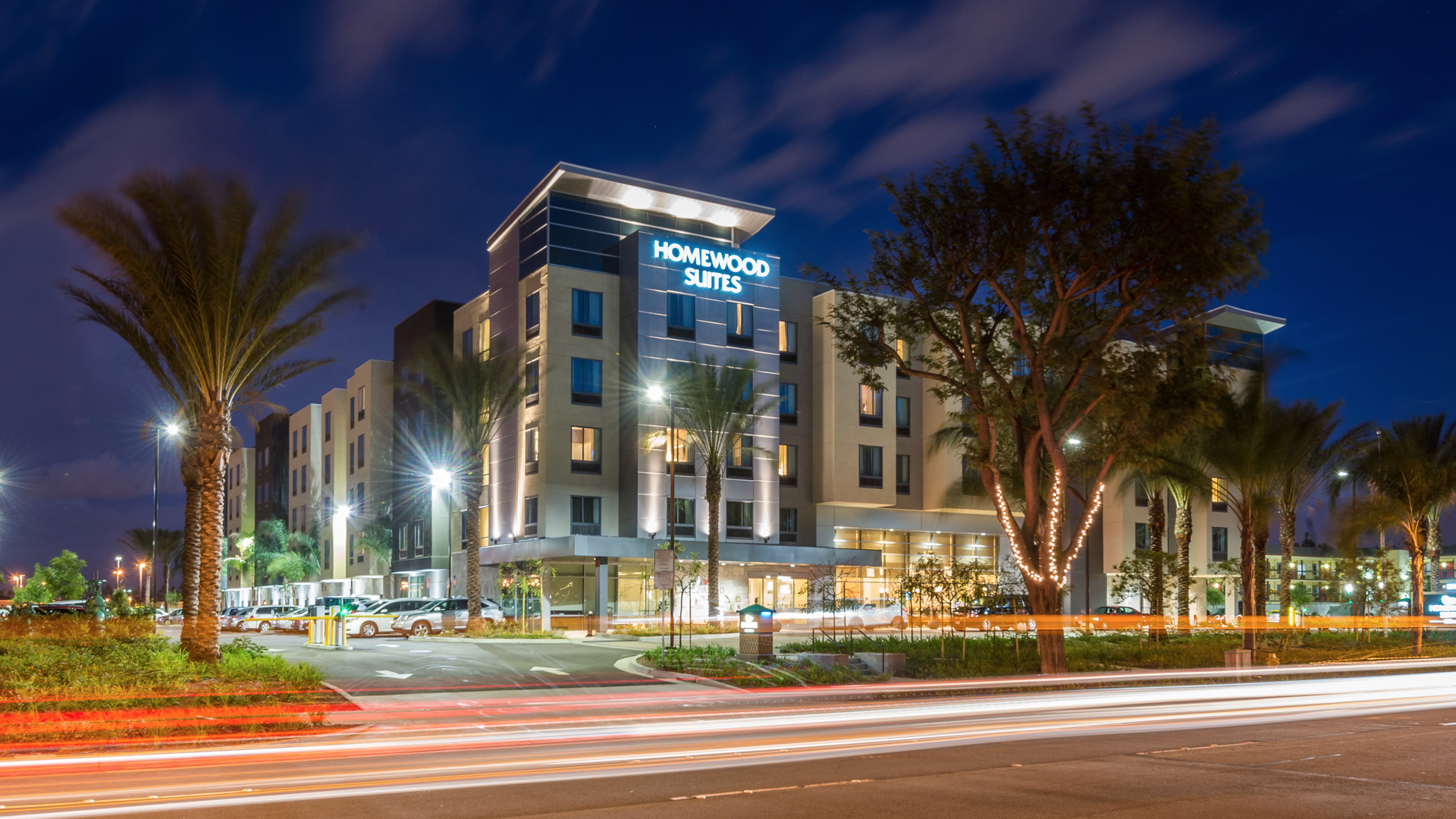 We admittedly have been a Disney World Family, because those have been the parks we’ve traveled to over and over again. However, in the week of August the 12th, 2019, we visited the Disneyland Resort in California. We had so much fun and highly encourage anyone and everyone to visit Disneyland and Disney’s California Adventure.

Traveling from DFW to Anaheim, California

First things first- we took a flight from Dallas/Fort Worth International Airport and landed at the closest airport to Disneyland – John Wayne Airport in Santa Ana, California. The flight took around 2 ½ hours and was smooth (For the most part).

When we landed, the airport is so small in Santa Ana, that it was very easy to grab our luggage and head out. We should have thought about what time our bus would arrive to take us to the hotel because we stepped out of the airport (past the security line) and had about a 40 min wait. We walked outside into the beautiful 72-degree weather (a huge plus to traveling to Southern California) and saw a small ticket window that said Disneyland Express. There was a handwritten sign (yes- I said that) on the window that said: “Ticket attendant is on a break but will return before the next bus is scheduled to arrive.”  The bus schedule was basically every hour- and I understood why. Once the attendant came back (about 10 min before the bus was scheduled to arrive), we gave her our vouchers for the bus and proceeded to board it once it was ready. We waited about 10 minutes on the bus, to allow any other travelers to make the bus.

The Disneyland Express bus was air-conditioned and offered a restroom in the back if needed. (My opinion- go before you get on the bus, because it was basically a port-a-potty and smelled like it). The drive took around twenty or so minutes to make it to the Disneyland Resort area where we stopped at all three Main Disneyland hotels (The Disneyland Hotel, Paradise Pier, and the Grand Californian). Many people on the bus will be staying at one of these hotels because this transportation comes with booking at those hotels. We booked through Costco Travel (highly recommended) and the package came with vouchers to take the Disney bus instead of private transportation. We were the last to be dropped off at Homewood Suites by Hilton Anaheim Convention Center (which was about 3 or 4 blocks away from the main entrance to Disneyland). The travel between the airport and our hotel was around 30 to 40 minutes because of the traffic on the main road that traveled to Disneyland (Harbor Blvd).

Our hotel was very nice and offered family suites that we loved. They came equipped with a separate living/kitchen area from the bedroom area. We had a King bed and a set of bunk beds for the kids. The bunk beds had the regular top and bottom bunk but also had a trundle bed that pulled out underneath the bottom bunk. This would be great for a larger family with lots of kiddos. Breakfast was also included every day. Not just continental breakfast either- at least one meat option each morning, eggs, pancakes, waffles, fruit, yogurt, cereal, and many other pastry options. They also have bottomless coffee all day long. Also, during the week (Monday- Thursday) from 5-7 pm, they serve a light dinner which is all included in the price of the stay that changes nightly and includes free drinks (draft beer and wine). The hotel stayed very clean all of the time, as they were continuously doing maintenance and cleaning. The one thing that was weird, was that the lobby had an orange smell to it that I wasn’t too fond of, other than that it was fine. (Some freshener that they were using).

The hotel had a good-sized swimming pool, and two smaller pools for toddlers, as well as a hot tub. There was a half-court basketball court and putting green, as well as the gym and a small arcade. There were laundry services and a small take-and-go area with bottled water, fruit, popcorn, etc. Housekeeping did a wonderful job on our room every day. My only complaint about the hotel was that if the AC wasn’t extremely cold, then the room would get very humid and had a smell to it in the living room area only. The bedroom was fine. When the AC was running full blast, it was perfectly fine. We were gone to the parks way too much to say anything about it.

Toy Story Parking Lot and Shuttle to the parks

As far as traveling to the parks, we were literally about 200 yards or so to the Toy Story Parking Lot, which had constant buses traveling to the front of Disneyland and Disney California Adventure. We would literally walk to the bus loading area, get on the bus, and were in the parks in about 5 minutes with traffic. Every single time that we went, which was various times from 7:30 am; 8:00 am; 6:00 pm, 2:00 pm, etc for various events/reservations, there was never more than a few people standing with us. This parking lot is the overflow parking lot to Disney’s other parking areas as well as widely used by all of the guests in walking distance to this lot.

Once we arrived at the front drop-off area, you go directly through security to one of three areas- left to Disney’s California Adventure, straight to Downtown Disney, and Right to the original Disneyland.

How was the Disneyland Resort experience? What were the differences?

Overall our experience was very laid back and easy. There are no fast pass reservations to book in advance. As a matter of fact, you cannot book fast passes until you get into the park for the day, so as far as being stressed about planning, there really wasn’t any. We were able to stop and eat where we wanted to and booked fast passes for major attractions over and over again. At Disney World in Florida, we typically book our fast passes 60 days in advance and wake up at 5 am to ensure that we get all the options that we are looking for. Now – we love the thrill of this, so it is fine, but this Disneyland trip allowed us to just explore the park and go at our own pace.

The other difference between the coasts is the Dining Reservations. At Disney World we book 6 months in advance for the best restaurants, to ensure that a table is available. At Disneyland, we booked a reservation 30 minutes before we planned on eating and had no trouble at all.

The biggest difference in the experience is the type of crowd that you are there with. The crowd at Disneyland is comprised of vacationers (sure), but there are tons of local people from Southern California or really all around the state. So a lot of Disney experts refer to this as “ a local park” – it doesn’t make it any less magical, it is just an observation. There are so many local people that may show up at 5 pm one day after work, just to grab a quick ride on Space Mountain and have a churro or funnel cake – wouldn’t that be awesome?  At Disney World, based on its’ sheer vastness in size and multiple parks (4 theme parks and 2 water parks  + Disney Springs), people from all over the world find themselves saving for years and years to attend their “trip of a lifetime” vacation. You have people who are first-timers, as well as people who are returning for another week’s vacation. You have groups of people who have saved their entire lives to take their families on this vacation and are experiencing that magical feeling for the very first time. The view of the castle as you round the curve down Main Street and see the castle at Disney World takes your breath away.

How Will We Do Disney in the future?

I’ve been asked, “Which park do you prefer?”  This is something that I honestly cannot answer that question. We would take them both at any time. I felt like I would miss the magic picking California this time, as opposed to heading to Florida (sort of like I was cheating on my home park), but I was pleasantly surprised, and we had the time of our lives. We had characters walking around all over the place, we rode multiple mainstream attractions several times over, and the food was amazing. I would say to anyone asking “Which park should I pick,” that if you can – take the leap of faith and travel to California and try it out— you will not be disappointed.

We are usually blogging about our adventures at Walt Disney World in Orlando, Florida. Learn more about Mobile Ordering Coming to Select Disney World Resorts!