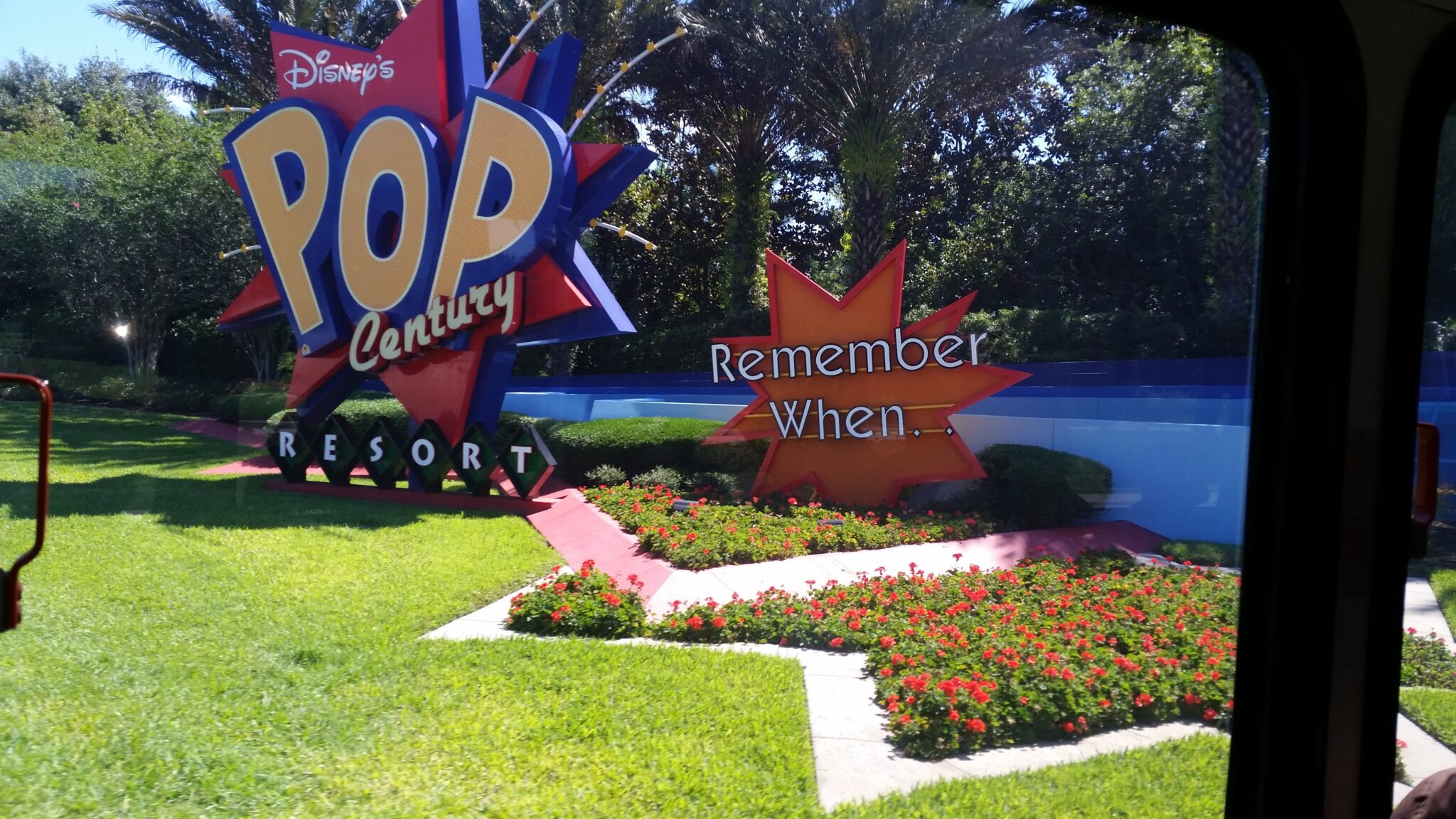 With so many different places to stay at Walt Disney World, it is important to get a realistic view from someone who has stayed there many times before. Our family loves Disney’s Pop Century. It is an affordable value resort, but in my opinion, on the “upper end” of the value spectrum. Value resorts at Walt Disney World also include the All-Star Movies, All-Star Sports, All-Star Music, Art of Animation, and Pop Century.

Disney’s Pop Century is the Best Value Resort that Disney has to Offer!

Of all these resorts, we feel that Disney’s Pop Century Resort is the best choice for price, size, and amenities. Pop Century is themed based on different eras of Pop Culture through the last century – specifically the 50s, 60s, 70s, 80, and 90s. Each decade has a set of rooms and highlights an important theme from that era with over-the-top, three-story-tall figures. For example, in the 70s area, there are large flowers and disco-themed décor everywhere and the pool is called the “Hippy Dippy” pool. The 50s section’s stairwells are wrapped in three-story-tall bowling pins. Each section is painted with bright colors and put together very well. This is one of those hotels where all the room access is from outside of the building. There are both stairs and elevators. The best thing about Disney’s Pop Century Resort is that they have recently renovated all of the rooms. We’ve already stayed in one of these rooms and it is such an improvement.

The first thing that you will notice is that the carpet has been replaced with faux wood floors, giving a sleek and clean appearance to the room, in addition to being more hygienic.  The room comes with either a king bed with a table and chairs or two queen beds.  One of the two queen beds is a murphy bed that when put up, turns into a table with two chairs.  With the two queen beds, you can comfortably sleep four adults. There would still be a room (even though it would be tight) to put a pack n play on the other side of the murphy bed, next to the window. In addition to the bedding, there is a large shelve/storage area with a mini-fridge, a coffee maker with all of the coffee essentials, and an ice bucket with a few cups. There is a long dresser that has shelving and a safe inside that sits under the nice-sized TV mounted on the wall above it. There are tons of outlets in the room (including 8 USB outlets), so don’t skimp on bringing the electronics – you’ll have plenty of room to charge them. Another great thing about the room is that the beds sit up higher, allowing you to slide your suitcases underneath them.

The Bathroom in Your Pop Century Resort Room

The bathroom is light and bright with great lighting and white cabinets. There are lots of shelves in the sink area, as well as adjacent to this area with a few shoe or clothes racks and hangers. The restroom has a separate room for the toilet and the shower/bath combo. The shower area has three pre-installed bottles of shampoo, conditioner, and body wash. Some people love this, so they don’t have to wait on refills, while others prefer little take-home keepsakes from Disney. Pop Century still uses the awesome H20 products.

What Disney’s Pop Century has to Offer

Disney’s Pop Century offers a large dining hall that has pretty good food at Quick Service prices. ($14.99 or less per adult).  They have three kitchen areas in this dining hall (think of it like a food court) called Mom’s Kitchen, The Grill Shop, and the Pizza shop. Here you can get items like burgers, fries, pizzas, pasta, etc. You won’t find chef-caliber food here, but it is good food, served fresh, and available right there for your convenience. With the Disney Dining Plan, you will be able to get your entrée and a drink included in this plan. There are also refillable stations of tea, coffee, water, and soft drinks for regular purchase or to re-fill your Disney refillable mug (included on the Disney Dining plans). There is also a poolside bar called Petals Pool Bar where you can get alcoholic beverages and some sweet treats like strawberry smoothies and refreshing lemonade.  In-room pizza delivery is also available up until midnight for a somewhat hefty fee.

Pop Century has three very large pools for everyone to enjoy. There are different activities hosted around the pool all day long, such as limbo, trivia, etc. The kids have tons of fun in the water when taking a break from the parks. There are also other activities at the resort, such as movies in the evening, a walking/jogging trail, a playground, and an arcade next to the main dining hall.

Transportation to the parks from Pop Century right now is by your own car or Disney’s bus system. Coming sometime in 2019, Disney’s new Skyliner (Gondola style system) will open and stop at Pop Century on the bridge that goes across Hourglass Lake between Pop Century and Art of Animation. The Magical Express bus system will drop you off from the airport (if that is how you traveled) and take care of getting your luggage there as well. There is a large storage area outside of the hotel, where the Magical Express drops off/picks up, to hold luggage until your room is ready.

What are Your Thoughts on Disney’s Pop Century Resort?

Have you stayed at Pop Century before? What are your thoughts? Good or bad, we’d love to hear from you! Leave us a comment below.  Don’t forget to like and share our review with all of your Disney Fanatic friends! 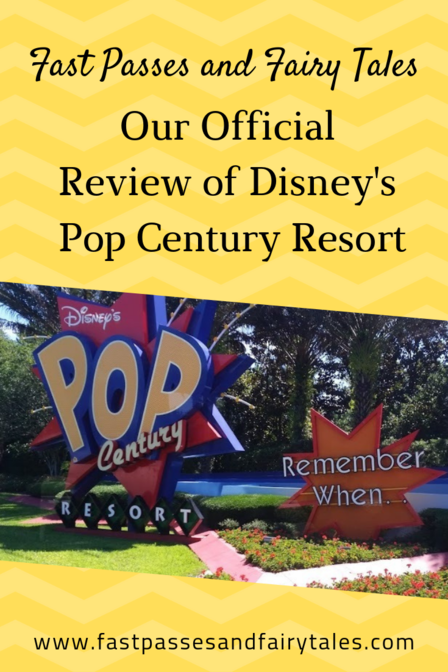 Is it Worth Staying on Property at Disney World Right Now?

Getting Around at Walt Disney World