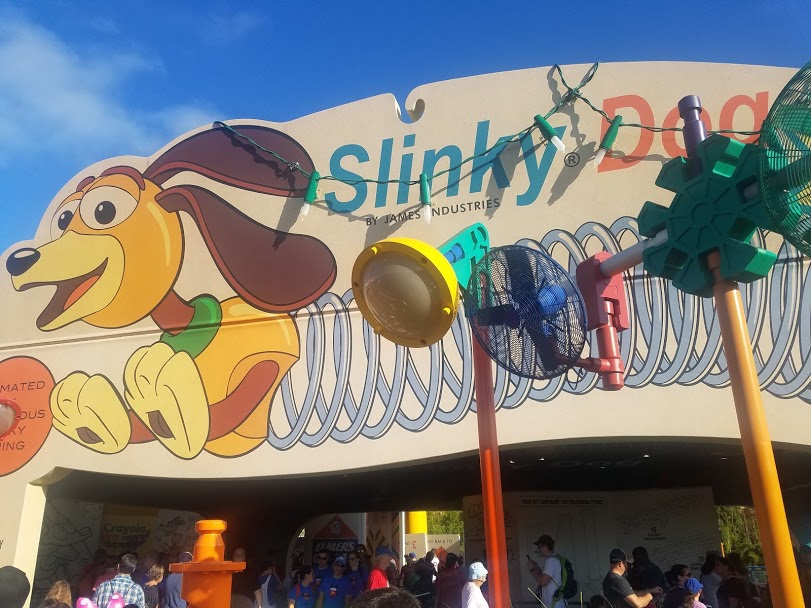 If you have ever visited any of the parks at Walt Disney World, you already know that the words “Disney World” and (insert ANY diet name here) do not go well together.  While this is the case, if you are living a Keto lifestyle, you can still enjoy your trip while eating Keto at Hollywood Studios.  The longer that I have gone on my Keto journey, the easier it has become to completely overcome any cravings for carbs and sugar.  That said, Disney World is a little harder to tackle.  But, if you can stay strong and avoid temptations, it can be done!

Focus on Staying in Ketosis – Not on the Caloric Intake

When I am at home, I am very strict with my calorie intake as well as my macros.  At Disney World, I focus more on staying in keto without really focusing on the calories.  I mean, I am on vacation, and I am walking like 10 miles a day while in the parks. While at Hollywood Studios, there are many things that you can do to stay in ketosis.  If you are in a table-service restaurant, let the host know that you have certain dietary restrictions and they will send out a chef to discuss your options.  You can almost always make the changes necessary to stay in ketosis.  With the quick-service restaurants and snacks, it can be a little harder, but still very possible.  Over the next few days/posts, I will go over what I ate to remain in ketosis.  This post will be covering my day at Disney’s Hollywood Studios, so be sure to subscribe to our page so that you can get updated with my posts that cover the other parks as well.  On this day, we had reservations at three table-service restaurants, so let’s dive into what I had!

Like at home, breakfast is always the easiest meal to eat while in ketosis.  Since we were eating at Hollywood & Vine, besides the fact that we got to hang out with many of the lead characters from Disney Junior, I also took part in the extensive breakfast buffet.  I loaded up on scrambled eggs, bacon, and sausage.  I also had a huge omelet filled with bacon, mushrooms, spinach, and cheese topped with sour cream.  After breakfast, we headed over to Starbucks (Trolley Car Café) to grab a Venti Iced Coffee with heavy cream and a couple of sweet-n-lows (a common theme in all the parks, and a great way to start the day)!

Eating a Keto Lunch at the Sci-Fi Dine-In

For lunch, I made reservations for one of my favorite Disney World restaurants!  At the Sci-Fi Dine-In, I started my lunch out with a nice wedge salad since I knew that I would not be eating one of my sides nor would I be indulging in dessert.  While it isn’t too bad the way it is, I opted to go for no tomatoes, radish, or balsamic glaze.  Even without these things, the salad was still pretty dang good.  For my entrée, I went with the Flame-broiled New York Strip Steak cooked perfectly medium-rare.  I ordered it without the potatoes or vinaigrette, and they were nice enough to double up on the seasonal veggies with was very nice of them.  Overall, a great meal in an awesomely themed restaurant.

An Awesome Keto Dinner at the 50’s Prime Time Cafe

We love the 50’s Prime Time Café, so I was so happy to be eating here for dinner.  I was a little worried as I usually go with the pot roast with mashed potatoes or the meatloaf, but since I am doing keto, I had to play by the rules.  While the 50’s Prime Time does offer a great wedge salad as an appetizer, I had planned on having a salad for my entrée, so I decided to skip on an appetizer.  For my entrée, I went with the Caesar Salad with Grilled Chicken minus the croutons.  Not the most exciting meal this week, but after a hearty breakfast, an awesome and somewhat heavy lunch, and a couple of snacks, the salad did sit well, and it was enjoyable.

When it comes to snacks at Hollywood Studios, there are not very many great Keto options.  But, when Toy Story Land opened, Disney struck a deal with Babybel, so you can now find mini Babybel snack cheeses at many of the snack carts and stores.  While playing around over in Andy’s Backyard, we went over to Woody’s Lunchbox and picked up a couple of three-packs of Babybel cheese snacks for $3.49.  Outside of this, we had a hard time finding any other viable snack options, but as I mentioned, we had three table-service meals this day, so snacking wasn’t completely necessary.

As you can see, I had a great day, ate well, and managed to remain in Ketosis all day while visiting Disney’s Hollywood Studios.  As I mentioned, there are so many other options if you are willing to put in a little time before your trip.  One place that we did not visit on this trip was The Hollywood Brown Derby.  I was a little upset that we didn’t go here as they have some great Keto options, but we were not able to make reservations, so we missed out.  Outside of this, there are plenty of burgers and hot dogs that you can get if you are okay with tossing out the buns and skipping on the sides.  I know that once Galaxy’s Edge opens up, there will be a couple of additional dining options, so we are looking forward to seeing what the future holds at Disney’s Hollywood Studios!

So, what do you think?  If you are living a Keto Lifestyle, how do you think you would manage at Disney’s Hollywood Studios?  I promise you that if I can do it, anyone can!  Please let me know your thoughts in the comments below!  This post is part of a four-part series where I shared what I ate in each park.  Here are the links to the posts detailing what I ate in each of the other parks:

Eating Keto at the Magic Kingdom

If you have any Keto Disney Fanatic friends or family, please feel free to share this with them as well!